The DCAS NYC Sanitation Exam 2060 is soon to be held. You may have second thoughts about whether or not to join the DSNY, or you may be someone who is second-guessing applying for some other department.

This post will discuss the major differences between government and federal jobs to help you decide which sector to go in. In doing so, we’ll share substantial information about joining and working in the two sectors.

Here are the biggest differences between government jobs and federal jobs. 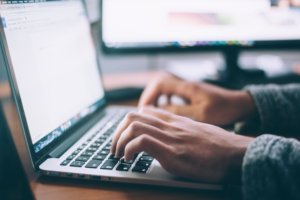 Landing a government job is different from getting hired by a private company. To get a private job, you must search for positions on different websites and apply to those you like. If an HR manager thinks you may be a good fit, they call you to continue the hiring process.

This system is pretty easy for private companies, but it isn’t without its flaws. Personal biases of the people in charge play a huge role in your chances of getting the job. There’s nothing you can do about it. The process isn’t systematic; they hire you if they feel you’re a good fit. However, how you feel about someone is far from objective. Anything from their race to their religious beliefs can subconsciously affect your view of them, if not consciously.

A similar hiring process would simply not work in a federal department. This is because federal departments don’t have strong and urgent financial incentives like the private sector does. In the private sector, it’s in the hiring committee’s best interest to hire the candidates they see most fit. In the public sector, with the same hiring process, those in power can easily pull strings to hire anyone they want to regardless of their competence for the job. It’ll never affect their own career.

This is why federal departments have a highly systematic hiring process that evaluates candidates as objectively as possible. Anyone can apply to join any department, and the requirements are minimal. After applying for your favorite department, you must compete in an exam.

Your recruitment depends only on the results of the exam and nothing else. If you score higher than others, you get selected for the job. The higher your rank, the earlier you’re called. The exam is the single most important part of the process. If you just filed the NYC Sanitation Application, be sure to join our preparation classes at Civil Service Success starting in August.

Tens of thousands of people apply for federal jobs in NYC every time a DCAS exam takes place. In 2015, over 94,000 people applied for a position in the NYC Sanitation Department. Thousands of people also apply for the NYC Firefighter Exam and the Suffolk Police Exam. These numbers are far higher than the available positions in the department, and only those who properly prepare for the exam get hired. The reason so many people apply is competitive salary and benefits. 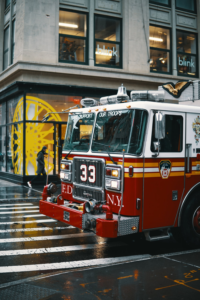 Federal departments in NYD have some of the highest-paying entry-level jobs in the US government. A competitive salary is the first thing you can count on after getting the job. For the same skill level, you’ll probably get paid higher per-hour rates in federal departments than in the private sector. In 2015, some NYC Sanitation Employees earned up to $300,000 from all the incentive payments in the labor shortage in 2021.

This leads us to the benefits of federal jobs. With a federal job, you get annual leaves, casual leaves, sick leaves, retirement benefits, and many other benefits you can’t expect in an entry position in the private sector. If you’re a military veteran, many departments, including the FDNY, will make exceptions to your age requirements, and you may even get extra leaves. Private companies purely motivated by profits can’t match this.

If you have to work past your shift or on an off day, you get paid more than your normal hourly pay rate. The multiplier goes from 1.5x to 2x, so you’re paid double the payment of a day in addition to your salary if you work on Christmas.

A clear career path is one of the biggest reasons people want to join federal departments. In the private sector, you’re always left wondering when and how much raise you’ll get and when you’ll get promoted, if ever. Often in the private sector, your raise doesn’t even match the inflation rate. You end up making less than when you started the job. Your career path and raises may also depend more on the politics in the workplace than on your competence. 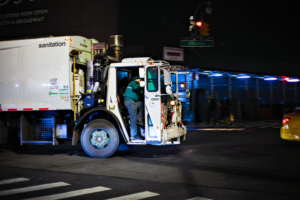 Federal departments offer a much clear, systematic, and fair career path. You get raises higher than the inflation rate, so you earn more the longer you work. You get a raise immediately when you get promoted with higher raises in the future.

The promotion process is also much simpler. You don’t have to butter anyone up if you want to get promoted to an administrative position in the NYC Sanitation Department or to a detective in Suffolk Police Department.

All you have to do is apply for a position and give a promotional DCAS exam. Whether you get promoted depends mainly on your performance in the exam. This gives everyone the same chance of promotion regardless of their background, relationships in the department, and any societal biases against them.

Civil Service Success is the most recognized school in New York City for federal exam preparation. Enroll in our NYC Sanitation Exam prep classes and ensure your position against the competition! We also host classes for NYC Firefighter Exam and Nassau Police Exam.

Want to claim your position in the public sector? Get in touch now!