Why Become A Court Officer? 5 Benefits You Can’t Ignore

Why Become A Court Officer? 5 Benefits You Can’t Ignore

A court officer’s job isn’t simple—in many ways, it’s equally as complex as a police officer’s job even if it’s contained within the premise of a courthouse. Much like police officers, court officers are required to wear uniforms and carry firearms—they’re responsible for maintaining law and order in courts throughout New York (If they’re employed in State of New York) and have the authority to make arrests too.

Upon clearing each of these tests and meeting these requirements, you are admitted to the NYS Court Officer’s Academy to begin your formal training. It’s a rigorous process that requires hard work and commitment before you can even hope to succeed.

The wages are one of the major motivators for choosing any profession—and rightly so—because you should know what you’re worth and be paid as much for it. The NYS Courts are pretty generous with their paychecks and start off trainee court officers at a minimum of $51,113—the highest we’ve heard is $55,413.

If you compare these wages with the average entry-level salaries throughout the country—you’d be surprised to know that court officers on average get paid $10,000 more.

When you’re working in the government, punctuality is a virtue that few people look down upon. As an employee of the NYS Courts system, you’ll only work for as long as the courts are open and not a second longer. This 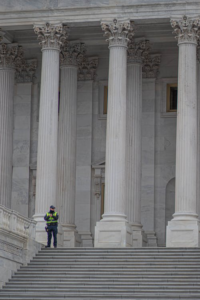 is a huge advantage compared to many other occupations, where you’re expected to put in long hours which can really throw off your work-life balance.

The strict compliance with routine and schedules makes it easy for you to make productive use of your spare time and work on yourself. Whether you want to acquire more skills, study or spend more time with the family—you can do it all. Being an NYS Court Officer gives you greater control over your life.

Most other jobs will give you about two weeks of paid leaves, and not a day over. This doesn’t even count the fact that you’ll probably have a manager who’ll probably give you a lot of drama if you ask them for leaves. None of this is an issue with the NYS courts.

Additionally, you can choose to defer your paycheck to a later date to get paid more money the next month. This all 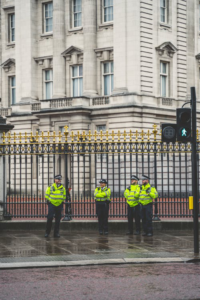 ows you to save up money or plan out your expenses in a way to make sure you get more value out of your wages.

All officers of the NYS court system are offered health coverage for pretty much all of their medical concerns. Additionally, you will be given retirement benefits if you can show 30 years of service to the NYS courts. A lot of officers opt for retirement by the age of 55 or earlier if they start working before the age of 25.

These retirement benefits include 60% of your salary at the time of retirement and will be paid for in part by contributions made to the benefits fund through your salary.

All NYS court officers have ample opportunities to rise through the ranks, where the first two promotions are through written exams and you have to be nominated for the rest. Each of these promotions comes with its unique perks and advantages.

Considering a Career as an NYS Court Officer?