Why Are DCAS Exams So Hard?

Why Are DCAS Exams So Hard?

DCAS exams are pretty hard to solve for an average untrained person. On paper, these exams don’t need any prior knowledge about the field you’re applying for. Still, these exams would be a challenge even for detective Hercule Poirot.

It makes sense that the FDNY exam is hard. We can accept that the Suffolk Police Exam should be difficult to get through—but why is the NYC Sanitation Exam so hard?

In this article, we explore the many reasons DCAS entrance exams are challenging for most people. We will also give you some tips to prepare for the exams at the end of this post.

So without further ado, here are some reasons why DCAS exams are so hard. 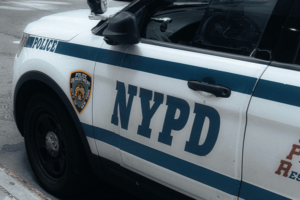 As already stated, many forces make DCAS exams harder than what you’d expect. However, competition is the driving factor behind all those forces.

DCAS entrance exams are pretty easy to apply to. You don’t even need to meet many of the job recruitments at the time of the exam. This means that people can apply for the exam even before they have a high school diploma or a driving license. At the same time, civil service jobs in NYC attract tens of thousands of interested candidates from all over the state. As a result, far more people apply for and “pass” the exam than the number of employees the departments need.

The word “pass” is emphasized here because passing the exam doesn’t mean anything. You’ll need a 70% score to pass the DCAS NYC Sanitation Exam 2060, but it won’t guarantee you a job. This is because those who pass are ranked on a “hiring list.” The department calls candidates from the list when an employee is needed. If you don’t rank high enough, you’ll never be called. This competition is the one thing that makes success in the exam hard for most candidates. 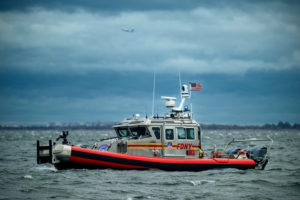 2- They Test You For Your Potential As Well

You probably think DCAS entrance exams only test your competence for the job. If you’re applying for the NYC Sanitation Exam, you should be gauged for your abilities as a Sanitation worker. However, that may not be all that’s going on.

The hiring system we described earlier allows federal departments to hire the best of the best first. True, those at the highest percentiles may be overqualified for the job they’re hired for. However, their cognitive abilities make them far better candidates for higher positions in the department than those who rank at the bottom. It wouldn’t be possible for departments to be this selective about hiring candidates, but the high competition gives them this privilege.

That said, all the entry-level employees get the same opportunities for promotions. The promotional process is also systematic. You must prepare for and pass promotional DCAS exams to get a higher rank. Not scoring at the very top doesn’t mean you can’t have a good career in the department. However, you have to prepare better than others and score higher than average for an actual chance of being hired. 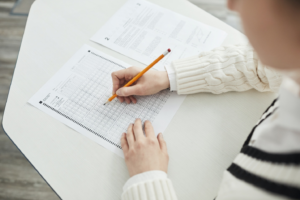 3- It Allows a High Score Variance

Now, what on earth is that? A high score variance just means a huge variety in scores on the hiring list. Imagine what would happen if the exam was too easy. Many candidates will get a perfect or near-perfect score. The department will have to decide whom to recruit based on other factors, which may not be as impartial as the exam.

The department will face a similar problem if there’s a very low variance in the scores. For instance, if most people who pass score between 73.23% and 78.51% (just arbitrary numbers), there’s a good chance that many candidates will have the same score as many others.

DCAS exams go around this by including a large variety of questions at different levels of difficulty. These exams can include anything from math equations and visuospatial ability puzzles to hypothetical scenarios and comprehensive questions. Some people have some of these areas in their forte; others are good at other problems. It makes the score distribution more even and makes the hiring process easier and fairer.

If you’re smart about it, you can train for all these abilities, strengthen your weakest areas, and ace everything the exam throws.

“Well, then enlighten me; how do I prepare for all these abilities?” We thought you’d never ask! Here are some ways how to. 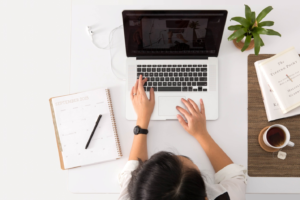 Your DCAS exam may be pretty hard to pass, but don’t lose your sleep over it. Really, don’t! Almost everything you’ll be asked in the exam will test your fundamental mental abilities in one way or another. You’ll need high working memory, a healthy brain, and a long attention span. The one thing that hurts all these skills more than anything else is sleep deprivation.

Being sleep-deprived will make it harder for you to learn and retain what you’ve learned when you’re preparing for the exam. Sleep deprivation also causes low-level damage to your brain that takes a long time to recover from. Also, being sleep-deprived immediately lowers your working memory, limiting the amount of information your brain can handle at a time and slowing your brain down like a computer with low RAM.

Passing the DCAS exam will be a challenge, but don’t sweat it. Well, actually, do sweat it. Exercise has wonderful positive effects on the brain. It also improves the aforementioned cognitive abilities that you’ll need in the exam.

A healthy brain isn’t ready to take on the exam just yet. To understand everything they ask for in the exam and work on your weak areas, you need a professional instructor who understands DCAS exams.

At Civil Service Success, we make this easy for you. We’re arranging classes in August for the NYC Sanitation Exam, which you can enroll in now. As the most prestigious institute in New York City of its kind, we also offer NYC Firefighter Exam and Nassau Police Exam prep classes.

Need help passing your next DCAS exam? Get in touch now!