Common Myths about Working for the NYPD

Common Myths about Working for the NYPD

The police force is one of the most controversial parts of civil society today. Whether you love them or hate them, the men and women who work in law enforcement are integral to our society. Unfortunately, sometimes preconceived notions about the police can prevent someone from donning the badge and gun.

A career in the NYPD is considered risky, dangerous, and destructive, bogged down by several myths that discourage recruits from joining. The myths are dangerous as they can cause issues between people who are presently serving in the police force, as they start to perceive themselves as victims of the profession instead of the powerful individuals they are.

A career in law enforcement is challenging yet gracious, where the rewards outweigh the risk, and you have a chance to make a real difference in the world. Here, we will debunk a few common myths about working for the NYPD.

Myth 1: Working for the NYPD is Incredibly Dangerous

Yes, if you are a police officer, you do dangerous work. There is always an element of risk involved; however, being a police officer does not even make the list of the top 13 most dangerous professions. According to the US Bureau of Labor Statistics, you’re doing a far more dangerous job if you’re a farmer or a tree logger, as these professions have the highest fatality rate while working. 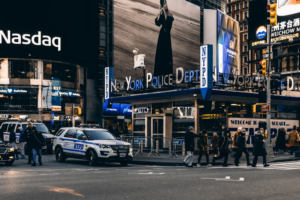 The next most dangerous professions are taxi drivers and chauffeurs; they make the list of most likely to be murdered on the job. The police are number 14th on that list. This is because officers go through intensive training before being put on the field. Even then, it is rare for an officer to be working alone; cops on the field usually have partners to back them up in a dangerous situation.

In addition, it is much safer to work for the NYPD today than decades ago because of new laws that protect both the police and the citizens with whom they work. For example, they must wear body-worn cams to reduce the risk of unnecessary force.

Myth 2: Alcohol Abuse is Rampant in the NYPD

Many people assume that working for the NYPD is such a tough job that cops resort to alcohol to drown their troubles at work. There have been numerous studies conducted on the matter. Still, researchers have found no conclusive evidence linking job stress to alcoholism in the NYPD or found a high number of alcoholic police officers.

Myth 3: You Need to Be Aggressive If You Want to be Successful

Hollywood has put certain ideas in our minds: the more aggressive you are on the police force, the higher up you get. That is simply not true. We all have seen angry cops on TV threatening and intimidating suspects to get what they want.

When it comes to real life, that is hardly ever the case. Police officers are trained to communicate first to deescalate a potentially precarious situation. They try their best to talk to the suspects to lull them into a sense of security to prevent them from lashing out. The use of force is considered a last resort when all other means of negotiations fail.

Officers undergo hours of police training which teaches them soft skills, communication, and persuasion, along with sensitivity training, so they stop relying on brute force, fear, and intimidation to coerce suspects into submission.

Myth 4: Experiencing Shootings can Trigger Trauma and Other Emotions.

People who don’t work in law enforcement have a lot of problematic notions about shootings. They claim that many officers involved in shootings end up getting seriously traumatized, making them quit their jobs or become hostile and disturbed. However, there is no backing for these claims. Multiple studies have been conducted on this matter, which discovered that officers involved in shootings do suffer from short-term emotional disturbance. However, they still manage to stay quite balanced with no long-term repercussions on their mental health.

After experiencing shootings, cops tend to report feeling mild and transitory symptoms of trauma, which they get over pretty quickly. It is unlikely for them to suffer long-term trauma as they have received training on the matter and have the necessary coping mechanisms that help them maneuver situations like this. Some officers have quit due to emotional trauma after shootings, but they are few and far between. 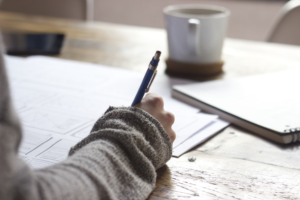 Police officers can view shootings as an opportunity to show their best performance in the force. They make sure that they apprehend the shooter and help survivors overcome their fears and overwhelming emotions after the incident is over. The better they handle the situations, the more qualified they become for a promotion. So shootings are an opportunity to get promoted for officers who comport themselves in an exemplary manner.

If an officer does experience continual emotional issues after shootings, the NYPD encourages them to get professional help without judgment or stigma.

After debunking some of the misconceptions associated with the NYPD, your interest in joining the NYPD might have peaked. If that’s the case, then you need to appear in NYC Civil Service Exams, which are quite difficult and require thorough preparation. The good news is that preparatory schools like Civil Service Success exist whose goal is to help candidates prepare for their Civil Service Exams.

We have been helping students for the last four-decade prepare for their Civil Service Exams such as the Suffolk Police Test, NYS Court Officer Exam, and NYC Sanitation Officer Exam. Our highly experienced instructors implement effective teaching methods that guarantee results.

Contact us and learn more about how we can help you get into the NYPD.