3 Best Federal Departments to Join in 2022

3 Best Federal Departments to Join in 2022

Federal jobs are generally more satisfying than jobs in the private sector. However, some departments are better than others.

In this post, we’ll discuss NYC’s three most preferred federal departments. We’ll also discuss how to pass the entrance DCAS exams for these departments and successfully ensure a position.

So without further Ado, here are the three best federal departments to join in NYC as of 2022. 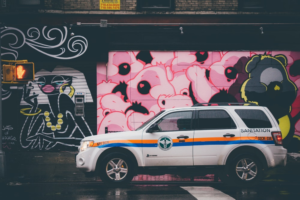 The DSNY is one of the most popular federal departments in the city. In 2015, the department reported around 94,000 people applied for a position for the entrance exam. This number speaks for the competitive salary and benefits the department offers compared to similar positions in the private sector.

In December 2021, there was news of some DSNY employees making more than $300,000 last year. The department had an employee shortage, and the remaining employees were paid handsomely in incentive payments. The shortage was likely because the entrance exam had to be delayed due to the pandemic. This has made the department even more popular.

NYC Sanitation Department is one of the easier departments to join if you are preparing for the exam. You need to be 21 years of age with a driver’s license and high school diploma to join the department. However, you can apply for the department and give the exam even if you don’t meet these requirements. If you can prepare for the exams right, everything else is easy.

You’ll be called for an interview and a physical exam if you score higher than most other candidates. Often called the superman test, the physical gives you tasks that must be completed within a given time limit. Some medical tests and background checks follow this. If you clear everything, you’re hired. 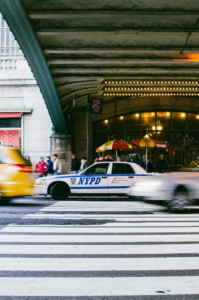 What better police department to join than the one responsible for the biggest city in the US? Thanks to how commonly the NYPD is heroically portrayed in the movies and on TV, the department is globally recognizable now. However, that’s not what makes the NYPD one of the finest federal departments in NYC.

The NYPD offers employees benefits other departments can’t match. The department offers a competitive salary which increases the more experience you get. You also get a higher salary if you get promoted to a higher rank. If you’re a military veteran, you may get additional benefits, such as extra leaves.

As a police officer in the NYPD, you get assigned new duties now and then, so you’re always working on something new. NYPD police officers also get a lot of exercise at their job, protecting them from suffering from the problems of sedentary lifestyles. This makes working as a police officer in NYPD one of the most satisfying federal jobs in the city.

The recruitment process begins with filing a Suffolk Police Application. You’re soon called for a Suffolk Police Exam, a written exam that tests your natural cognitive skills. This exam is pretty hard to attempt, even for the greatest minds. This is because the exam doesn’t just measure your competence as a police officer. It also measures your potential for a detective role and other higher department ranks.

Also, the exam is made harder to encourage competition. Some questions in the Suffolk and Nassau Police Exams are far more difficult to solve than others. This allows for a large variance in scores. The department hires people in the descending order of their test scores, so people who score higher are recruited first. Questions with different difficulty levels ensure that some people always score higher than others, making the hiring process easier and fairer.

It’s needless to say that the only way to increase your chances of getting hired is by properly preparing for the exam. 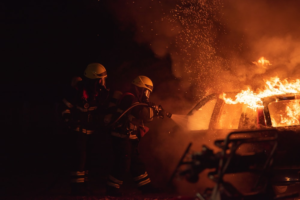 Who hasn’t heard of New York’s Bravest? The FDNY is the largest municipal fire department in all of North America. It’s also the most popular. Thousands of people apply for the FDNY exam every time. Even though the NYC Firefighter Exam is some of the toughest to pass, it’s no barrier for passionate candidates who properly prepare.

Being a firefighter is one of the noblest careers you can start today. Job satisfaction aside, the department offers amazing compensation and benefits from your first day. You’re paid as an employee even when you’re going through the training. Also, if you’re a military veteran, the department will extend your age requirement window by five years, which is just one of the benefits exclusive to veterans.

The NYC Firefighter Exam is designed only for New York’s smartest, strongest, and bravest. The written exam is as complex as the Suffolk Police Exam and tests your fundamental cognitive abilities. However, the written exam is only half the story. The department also calls you for a rigorous physical exam. The department advises training for the exam the weeks before.

Civil Service Success has been training candidates for civil service exams for over 45 years. If you’ve applied for the DCAS NYC Sanitation Exam 2060, we highly recommend joining our preparation classes starting in August. We also help candidates with our NYC Firefighter Exam and Suffolk Police Exam prep classes.

Want to join one of the best federal departments in NYC successfully? Get registered now!